Since July 2019, The Shadowserver Foundation has been participating in a EU CEF (Connecting Europe Facility) funded project called VARIoT. The main goal of the VARIoT (Vulnerability and Attack Repository for IoT) project is to create new services that provide actionable security-related information about the Internet of Things (IoT). One of The Shadowserver Foundation’s roles in the project involves expanding our internet wide daily port scanning capability to enable the mapping of exposed IoT devices on the Internet. The aim is to alert National CSIRTs and network owners of exposed and potentially vulnerable IoT devices, as well as to build higher level statistics about IoT device types observed on a per-country level, which can be shared via the European Data Portal with the general public.

Our new Internet Printing Protocol (IPP) scan is the second (after the Open MQTT scan) IPv4 Internet-wide scan that we have enabled as part of our VARIoT efforts. It is aimed at uncovering printing devices which use IPP (a HTTP POST based protocol) that have been connected to the Internet without adequate access controls or authorization mechanisms in place. This could allow for a potential range of different types of attacks, from information disclosure and service disruption/tampering, to, in some cases, remote command execution. Network connected printers have been with us since the Internet was born (and long before the IoT term was coined!), but their security aspects are often still misunderstood or completely ignored by many end users.

We scan by sending an IPP Get-Printer-Attributes request to TCP port 631. We started regular scanning of all 4 billion routable IPv4 addresses on the 5th of June 2020 and added Open IPP reporting as part of our daily public benefit remediation network reports on the 8th of June 2020. Our IPP scans uncover around 80,000 open devices (printers) per day. Obviously these counts only represent devices that are not firewalled and allow direct querying over the IPv4 Internet.

The IP-geolocated country breakdown of the above reachable IPP responses is as follows: 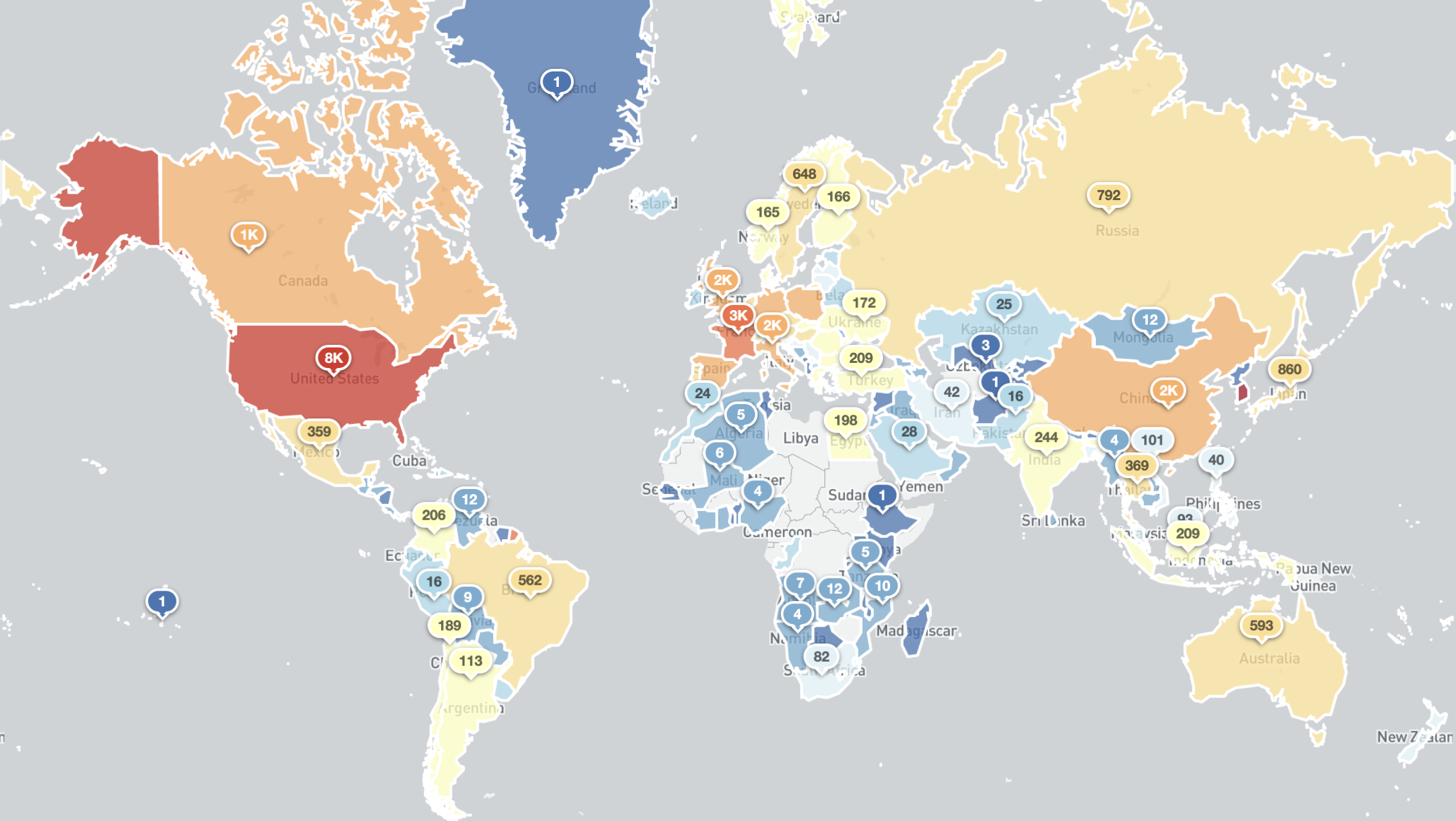 The Top countries affected are as follows:

One of the most common observed implementations of IPP is CUPS, which is a well known printing system for Unix-like operating systems. Out of 79,174 results on June 7th 2020 58,091 devices returned a CUPS version:

For example, the Top 20 printer make-and-model attribute values returned for the 7th of June 2020 was as follows (21,875 entries in total returned):

We hope that the data being shared in our new open IPP device report will lead to a reduction in the number of exposed IPP-enabled printers on the Internet, as well as raise awareness of the dangers of exposing such devices to unauthenticated scanners/attackers. It is unlikely that many people need to make such a printer accessible to everyone – these devices should be firewalled and/or have an authentication mechanism enabled.

Details about the format of the new report being shared can be found in the new Open IPP Report page. All existing Shadowserver report subscribers are now automatically receiving the Open IPP Report if any open IPP services are identified within their networks and countries (for national CSIRTs).

If you are not already a subscriber to Shadowserver’s public benefit daily network reports and would like to receive this new open IPP report and our other existing 77 report types, then please sign up to our daily public benefit network remediation feed service.

You can also check the updated statistics for this scan on our dedicated IPP scan page.